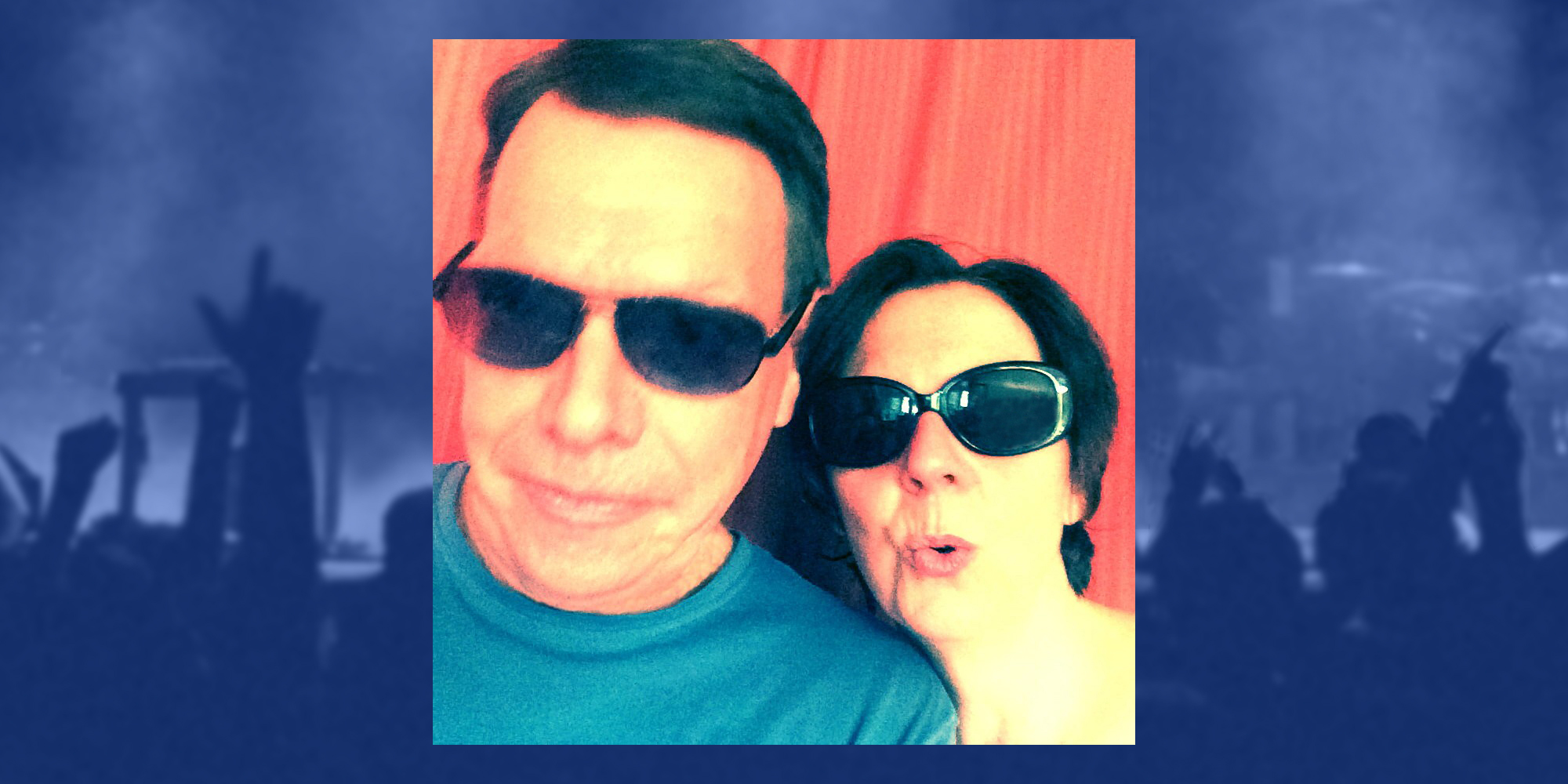 With Steve and Ally. We present music from bands and singers that have appeared in Exeter from the mid 1950s to date, and we interview fans, musicians, DJs, promoters, etc, about their memories of Exeter venues.

This started as a a podcast that Steve was doing about Exeter’s Vanished Rock Venues. It then developed into an exhibition for Art Week Exeter. We had interesting discussions with people attending the exhibition and decided that radio would be a good way to share those discussions more widely.

It’s important that Phonic FM provides alternative programming compared with other stations – especially the BBC – and that it is serving the local community.

Steve is an artist and a director of the TAAG gallery in Teignmouth. He also presents Between the Buttons on Phonic FM and its Totnesian cousin, Strange Days on Soundart Radio. Ally trained in the theatre and is now a voiceover artist (who is available for hire).

In our case, quite badly! Although we’re getting better, the more shows we do, and our (edited) Mixcloud broadcasts now seem almost professional!

Find the full archive on Mixcloud.