The Simmertones + The Embezzlers + The Mighty Offbeats: Live, Saturday 1 February 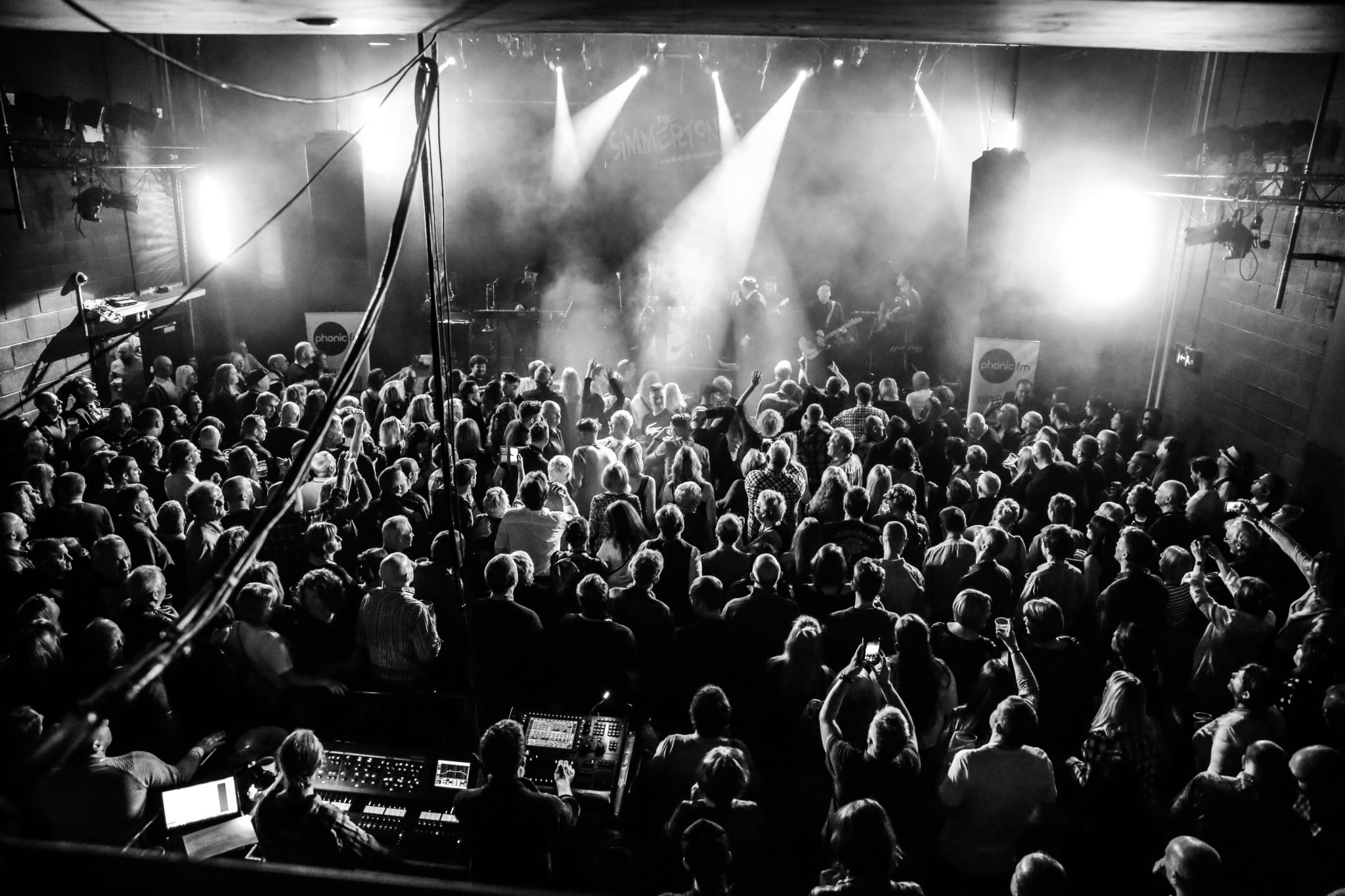 Join us on Saturday 1 February at Exeter Phoenix for our big annual ska-tastic fundraiser with three great live bands, promoted by the Friday Modulation show.

Over the past decade The Simmertones have established themselves as one of the UK’s leading authentic ska and reggae bands. These nine South West musicians regularly get packed venues and festivals jumping with their exciting and infectious live sound.

The band are frequently played on BBC Radio 2 and BBC 6 Music, particularly by Jo Whiley and Steve Lamacq, who have playlisted their songs Run For Your Life, Perhaps, Perhaps, Perhaps and Dr Who.

The spring of 2018 saw the release of an eagerly awaited, brand new studio album entitled 10 Feet Tall. The Simmertones’ previous album Something For The Weekend? won Best Album at the South West Music Awards in 2013. The album received worldwide airplay, as well as rave reviews from Ruby Turner and members of The Specials and Madness.

‘Really great to see this hardworking, dedicated band pushing on with confidence. Real infectious and got me bopping along!’
RUBY TURNER

‘These guys are bloody roasting!’
RODDY RADIATION, THE SPECIALS

Playing the best in ska and 2tone from Desmond Dekker, Toots and Jimmy Cliff to The Specials, The Selecter, Madness and The Beat etc. Oh… and there’s even a tiny little bit of The Clash thrown in for good measure!

Comprising of a bunch of highly experienced and extremely dedicated musicians , The Embezzlers have every base covered with a top notch horn section, killer keys, perfect off beat strings, crazy tight drums and all fronted by ‘Murph’… Front Man with more energy than a Gallon of Red Bull!

2019 has seen the band branch out a little and try their hands at some original songs. This has manifested itself as a 6 track Embezzlers cd . The original songs although quite different from the Two tone staples the band are known for , still bear all the ska rhythm and beat and sit well in the live shows

The band that one day would become The Mighty Offbeats were formed in their original form of ‘Ska’d For Life’ in the early 1990s. The band started life as an 8 piece with three members on brass. They Played their first gig on 19th September 1993. They found themselves with a huge following almost immediately.

The Mighty Offbeats are a 100% live ska band playing a mixture of covers by bands like The Specials, Bad Manners, The Beat, etc but also mixing it with their own originals. Also watch out for a few tunes like you’ve never heard them before!